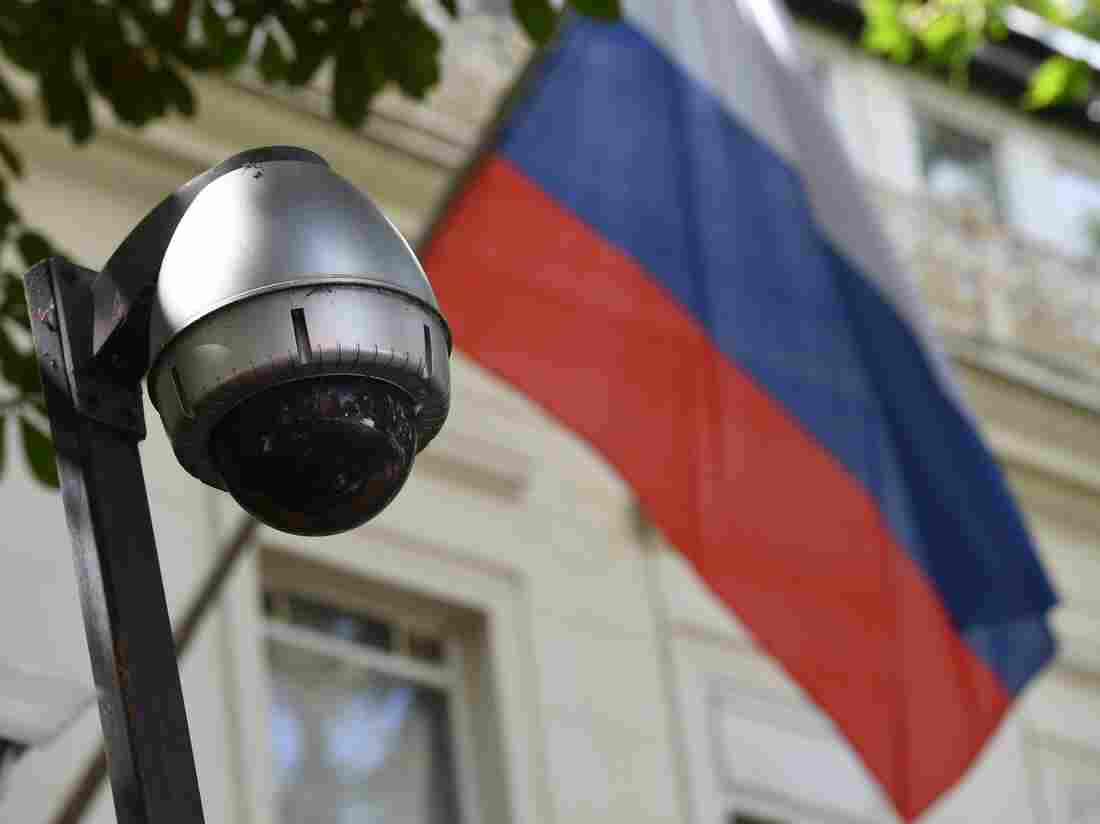 A security camera and flag adorn the entrance to the Russian Embassy in London. On Tuesday, lawmakers slammed the British government for failing to look into possible Russian interference in U.K. politics. 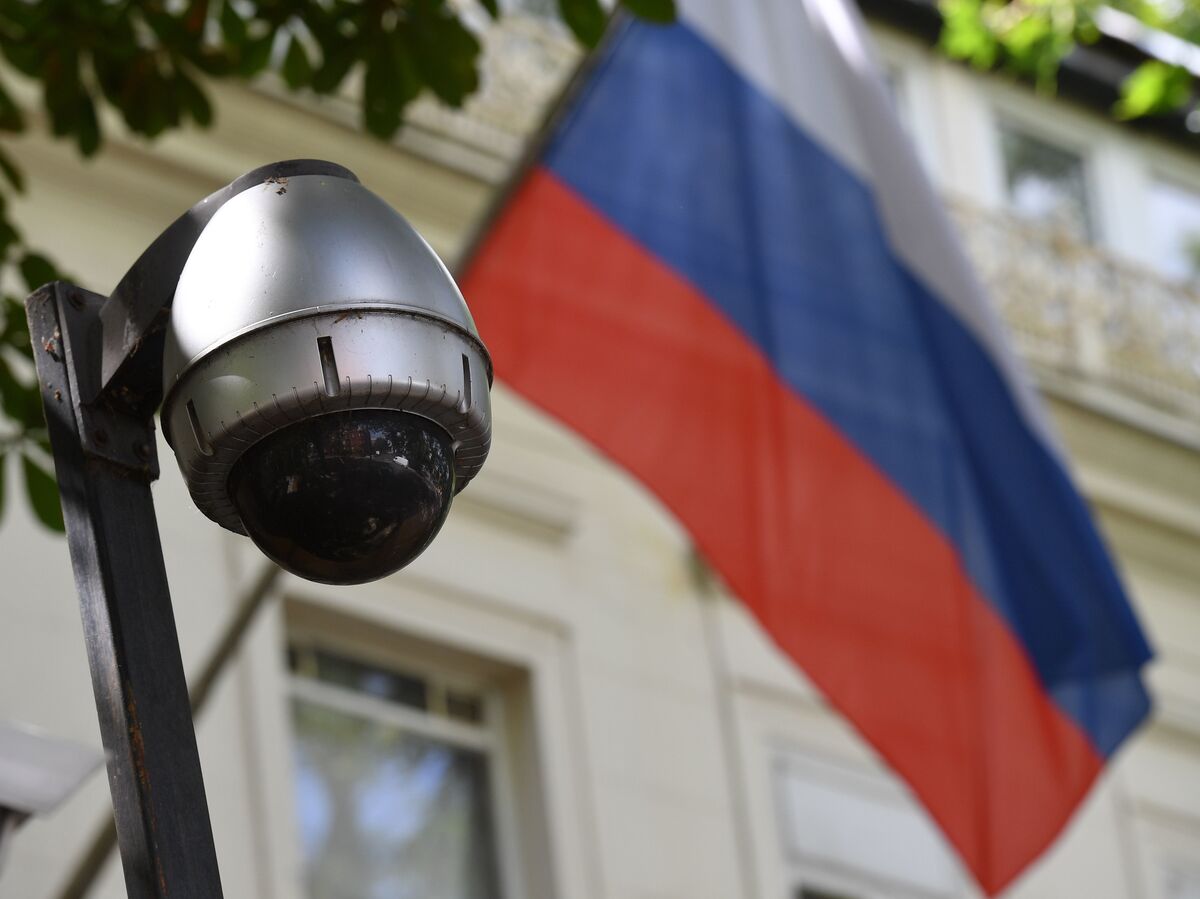 A security camera and flag adorn the entrance to the Russian Embassy in London. On Tuesday, lawmakers slammed the British government for failing to look into possible Russian interference in U.K. politics.

British lawmakers have reached a damning conclusion about the possibility of Russian electoral interference in the U.K.: The Parliament’s Intelligence and Security Committee said it can’t determine whether the Kremlin tried to influence the 2016 Brexit referendum, because the British government hasn’t even tried to find out.

The committee released that conclusion Tuesday in a long-awaited, oft-delayed and heavily redacted report.

Another member, Stewart Hosie, explained that the “the U.K. government have actively avoided looking for evidence that Russia interfered” in the vote that determined the United Kingdom’s divorce from the European Union.

“We were told that they haven’t seen any evidence, but that is meaningless if they hadn’t looked for it,” said Hosie, a member of the opposition Scottish National Party. “The committee found it astonishing that no one in government had sought beforehand to protect the referendum from such attempts or investigate afterwards what attempts there may have been.”

The committee’s report pointed out that this inaction represents a “stark contrast” with the U.S., “where an intelligence community assessment was produced within two months” of its 2016 presidential election.

“Even if the conclusion of any such assessment were that there was minimal interference,” it added, “this would nonetheless represent a helpful reassurance to the public that the U.K.’s democratic processes had remained relatively safe.”

Instead — as Hosie put it — in the U.K. government, “nobody wanted to touch this issue with a 10-foot pole.”

On Morning Edition, NPR’s Frank Langfitt offered one reason for that reluctance:

“I think the answer is this: It would’ve undermined the Brexit referendum. Remember, it’s the biggest decision of the British people in decades. It’s already changed the course of British history, and the person who was front and center — that was a guy named Boris Johnson, who is now the prime minister. So if you say Russia interfered, then it could undermine this thing that has changed the course of British history.”

The report also noted that London has become a money laundering hub for Russian elites — and that “in brief, Russian influence in the UK is ‘the new normal.’ “

The U.K. government released a lengthy statement in response. And Foreign Secretary Dominic Raab took issue with the committee’s findings, saying that in particular, the government “categorically rejects” Hosie’s assertion that officials were actively avoiding an investigation. 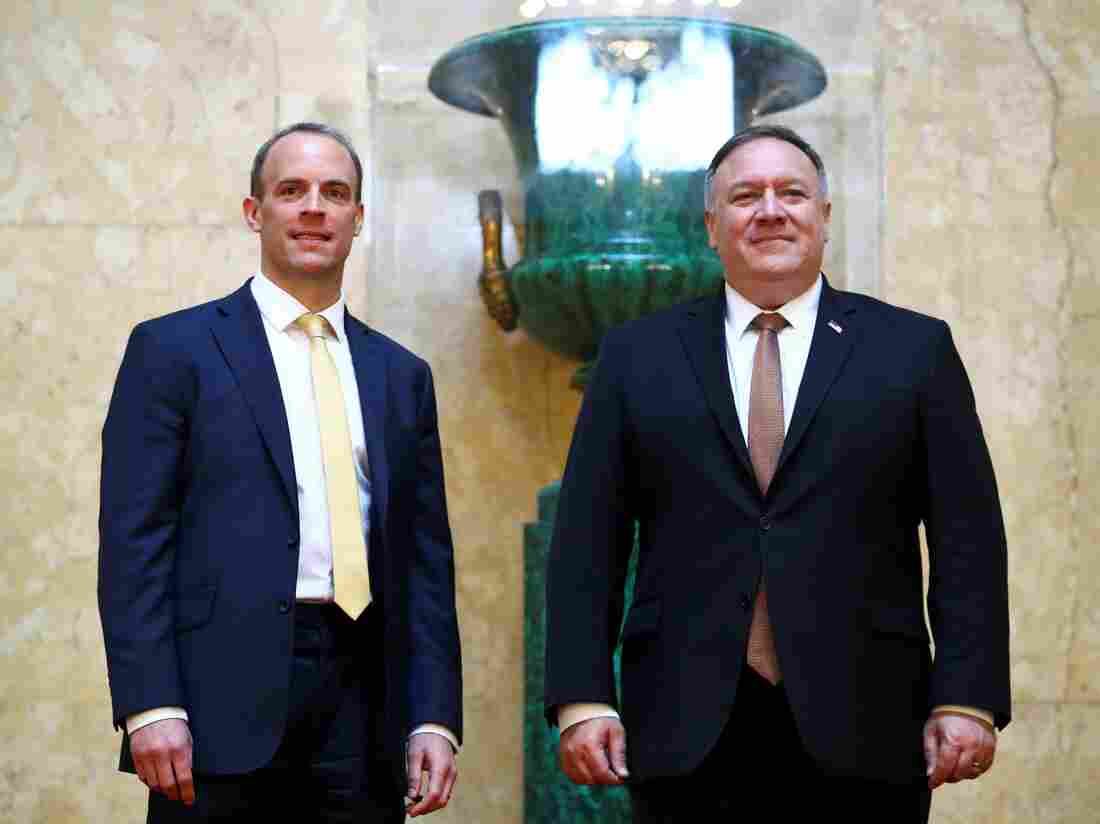 British Foreign Secretary Dominic Raab hosted his U.S. counterpart, Mike Pompeo, on a visit to London on Tuesday. During a joint news conference, Raab took issue with the report’s findings. 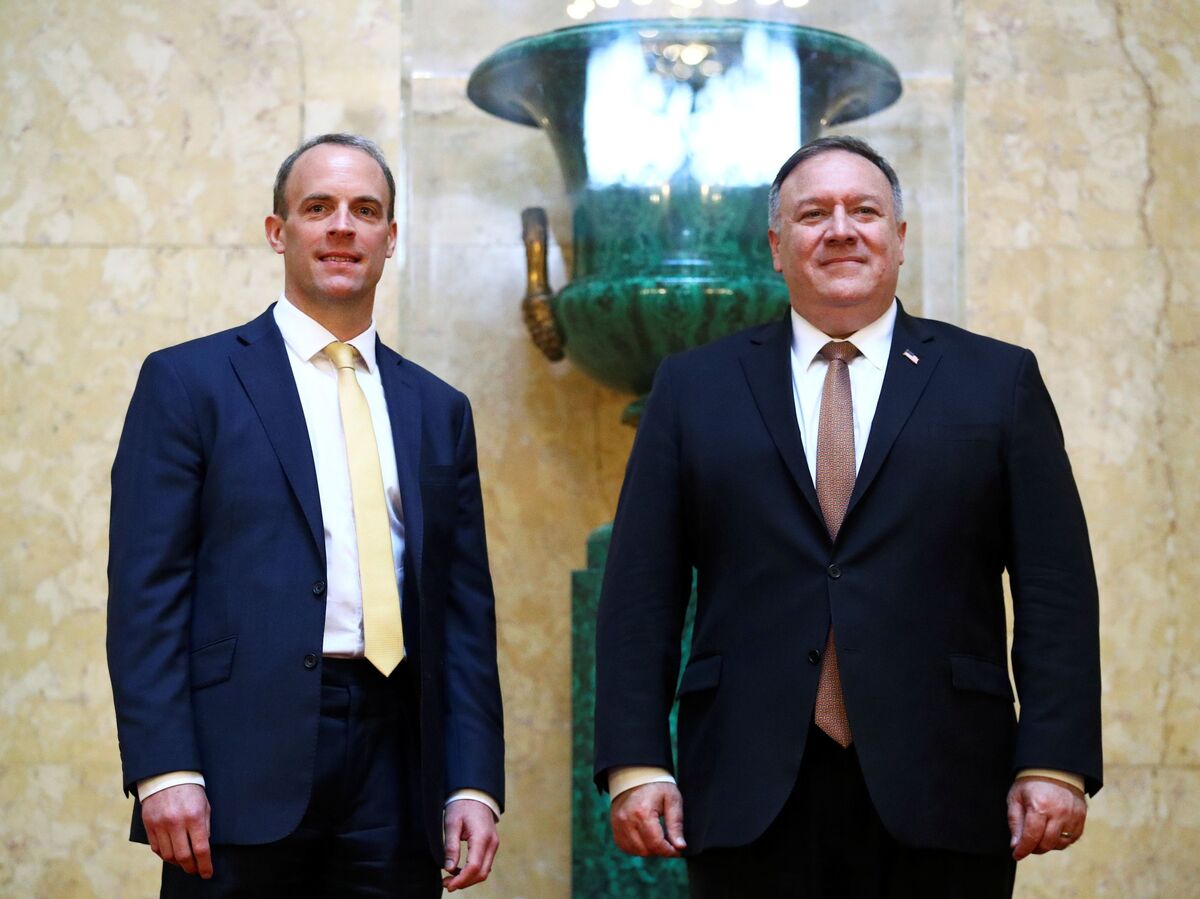 British Foreign Secretary Dominic Raab hosted his U.S. counterpart, Mike Pompeo, on a visit to London on Tuesday. During a joint news conference, Raab took issue with the report’s findings.

“We’ve got a long period recognizing the enduring, significant threat faced by Russia to the U.K., including in relation to cyber,” Raab said at a news conference with his U.S. counterpart, Mike Pompeo, who is visiting in London this week. “Russia is a top national security priority. We call out Russia when it’s necessary.”

The report Tuesday represents the culmination of eight months of parliamentary investigation and 10 more months of publication delays. Originally submitted to the prime minister last October, the report was subject to repeated postponement — first for a national security review of its contents and then for the appointment of new committee members.

The delays provoked widespread controversy and even claims of a cover-up from lawmakers, including some who were sitting on the Intelligence and Security Committee at the time.

Now that the report has finally seen the light of day, the committee members behind it say an investigation from the government would be better late than never.

“No matter how politically awkward or potentially embarrassing, there should have been an assessment of Russian interference in the EU referendum, and there must now be one,” Hosie said Tuesday. “And the public must be told the results of that assessment.”

Why should you use a business VPN?
ComplyAdvantage nabs $50M for an AI platform and database to detect and stop financial crime