The latest roundup of pandemic findings gathered by Hakai Magazine. 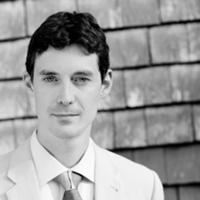 Brian Owens is a freelance science writer and editor based in St. Stephen, New Brunswick. His work has appeared in Hakai Magazine, Nature, New Scientist, the Canadian Medical Association Journal, the Lancet and others.


Compiled by veteran medical journalist Brian Owens, this roundup of some of the newest science on the COVID-19 pandemic, straight from the scientific journals, is presented by Hakai Magazine in partnership with The Tyee.

Two potential vaccines for COVID-19 have passed early stage clinical trials. One, developed by the company Moderna and known as mRNA-1273, is designed to induce neutralizing antibodies to part of the viral spike protein — the protein the virus binds to enter human cells. In a phase 1 trial the vaccine produced antibodies without inducing any serious side effects.

Another potential vaccine, called ChAdOx1 nCoV-19, was created at Oxford University in the United Kingdom and will be manufactured by AstraZeneca. In a combined phase 1 and 2 trial, this compound induced both neutralizing antibodies and active immune cells, called T-cells, while causing no serious side effects.

Phase 1 trials are the first stage in human testing for vaccines and drugs, and assess whether the vaccine is safe in small groups. Phase 2 and 3 trials test safety and effectiveness in larger groups of people.

People hospitalized with COVID-19 tend to have one of three distinct immune responses to the disease, which could help predict the trajectory of disease in an individual and eventually lead to more tailored treatments. Two “immunotypes” activate different subsets of immune cells, while in a third set people see no immune response at all. The three immune responses are associated with different levels of disease severity.

The overall mortality of COVID-19 patients in intensive care has fallen by about one-third, from 60 per cent at the end of March to 42 per cent at the end of May, according to a review of published studies from around the world. The researchers say that there are several possible explanations for the change. It could reflect the fact that doctors are learning how to better treat the disease, or that ICU admission criteria have changed. It could also reflect the fact that longer ICU stays take a while to show up in the data. Even the improved 42 per cent mortality rate, however, is double that seen with other viral pneumonias.

Weather forecasts have become less accurate during the COVID-19 pandemic, because fewer commercial aircraft are in the sky gathering data. Aircraft help gather information for weather forecasts by recording air temperature and pressure, relative humidity, and wind along their flight path. But with many flights grounded, the world has lost between 50 and 75 per cent of its aircraft weather observations. The impact of this missing data is more pronounced on longer-range forecasts.

Demand for gasoline unlikely to recover before October

Gasoline demand in the United States is growing slowly since hitting rock bottom in April and will likely not reach pre-pandemic levels until October 2020. Researchers created a machine learning algorithm to predict the gasoline demand in the U.S. and study how that demand will change with different infection scenarios and government interventions such as lockdowns and travel bans. A second wave of infections in the summer could significantly lower demand again, but it would not be as severe as in April, according to the algorithm.

Doctors stressed at work and home

A survey of emergency medicine physicians in seven U.S. cities has found that they have been experiencing rising levels of anxiety and emotional exhaustion during the COVID-19 pandemic, regardless of the intensity of the local outbreak. Doctors report moderate to severe levels of anxiety at work and at home, including worry about exposing relatives and friends to the virus. They have noted changes in behaviour towards family and friends, most often decreases in affection. A lack of adequate personal protective equipment was associated with the highest level of concern, and solving that shortage was also the measure that they say would offer the greatest relief.

Closely connected countries need to work together when lifting lockdown to avoid a second wave of infections. Research on population movements using mobile phone and Google mobility data from Europe found that any resurgence of the virus would happen up to five weeks sooner if well-connected countries prematurely end interventions such as physical distancing and self-isolation without co-ordinating efforts.

Cannabidiol, or CBD, a chemical found in cannabis, may help to calm the overactive immune response and reduce the lung damage that is killing COVID-19 patients, according to new research in mice. Treatment with pure CBD in a mouse model of COVID-19 reduced the levels of inflammatory cytokines — the part of the immune system that overreacts to COVID-19 — and increased blood oxygen levels and reduced fever. Further research is required to determine whether CBD could have a similar effect in humans.