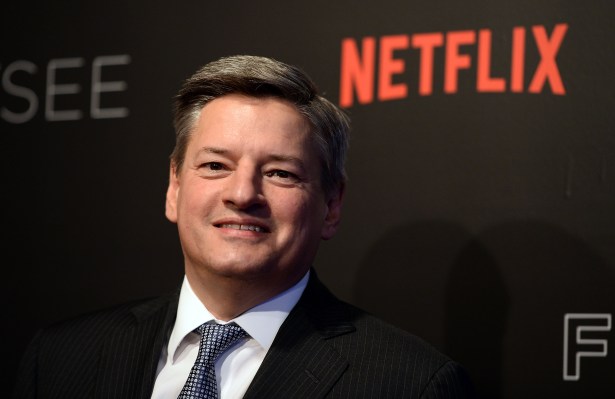 Ted Sarandos, the longtime leader of Netflix’s content efforts, has been named co-CEO with co-founder and current CEO Reed Hastings.

Sarandos will continue to serve as the company’s chief content officer, and he’s joining the board of directors as well. Meanwhile, Chief Product Officer Greg Peters is taking on the additional role of chief operating officer.

In a blog post, Hastings said he does not expect this to significantly change the company’s day-to-day operations. Instead, he suggested that the “well deserved promotion” is simply “formalizing how we already run the business today.”

Hastings recalled meeting Sarandos more than 20 years ago, and he credited him with much of the company’s recent success:

While I saw streaming coming and pushed for it, Ted drove the revolution in our content strategy, which was way ahead of its time and has been key to our continued success. It was typical of his ability to see where the industry – and consumer tastes – are headed. He’s built an extraordinary team, attracting some of the most creative and best entertainment executives from all around the world.

In the same post, Sarandos said his “commitment to Netflix members going forward” is to “keep pushing the boundaries of what a consumer-first company can achieve for people who love stories.”

The announcement was timed with the company’s second-quarter earnings release, in which it announced adding more than 10 million net memberships in the past quarter, growing to 192.95 million paid memberships total. Meanwhile, revenue grew to $6.15 billion, with earnings per share of $1.59.

However, Netflix was cautious in its guidance for the rest of the year, forecasting that it will only add 2.5 million new subscribers in Q3, which is likely driving the 10% decline (as of 4:30 p.m. Eastern) in Netflix shares during after-hours trading.

“As we indicated in our Q1 ’20 letter, we’re expecting paid net adds will be down year over year in the second half as our strong first half performance likely pulled forward some demand from the second half of the year,” Netflix said.

The pandemic also forced Netflix — along with the rest of the movie and TV industry — to halt production, but you might not know it from the service’s constant launching of new movies and TV shows. And now it’s “slowly resuming productions in many parts of the world,” although the United States looks more iffy given the “current infection trends.”

Nonetheless, the company said its schedule for 2020 is “largely intact.”

“For 2021, based on our current plan, we expect the paused productions will lead to a more second half weighted content slate in terms of our big titles, although we anticipate the total number of originals for the full year will still be higher than 2020,” it said.