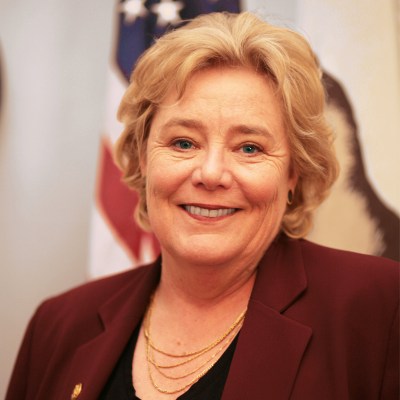 We’re excited to announce that Rep. Zoe Lofgren is coming to Disrupt 2020 this September 14-18.

Lofgren, a Democrat congresswoman and California native, has served at the heart of Silicon Valley since she was first elected to the U.S. House of Representatives in 1995, under which she’s served four presidents — and impeached exactly half of them.

As one of the most prominent lawmakers in Silicon Valley, Lofgren has unique insights into the wants and needs of the world’s biggest tech giants that serve in her constituency — but also to hold them to account.

As a staunch defender of the people and their constitutional rights, Lofgren has pushed to protect net neutrality, fought to curb domestic government surveillance and lobbied against far-reaching anti-piracy rules that critics said would have led to online censorship. She has campaigned to protect good-faith security researchers from “overzealous prosecutions,” and is a fervent supporter of secure encryption — despite efforts by the government to push for backdoors. Lofgren also continues to press the federal government to improve election security ahead of November’s presidential vote.

But she has also been at the forefront of keeping Big Tech in check, and hasn’t shied away from pushing legislation to rein in some of Silicon Valley’s more egregious data privacy and business practices.

Lofgren is by far one of the most clued-in and tech-savvy lawmakers on Capitol Hill, which is precisely why we’re thrilled she will join us at Disrupt 2020 to talk about some of the most hot-button issues.

Should every American have the legal right to online privacy from data-hungry tech giants? What does it mean to be a startup in an ever-changing world of security and privacy rules? How worried is she about foreign powers interfering with our democratic process? And what can ordinary Americans do to push back against government snooping?

Come to Disrupt 2020 to find out. We’re getting closer to the event! Passes to Disrupt 2020 are now available at the late registration price of $345. Get yours today and save $200!

Kymeta raises $85.2 million led by Bill Gates to speed growth of its satellite-cellular antenna tech
Stocks are selling off again, and SaaS shares are taking the biggest lumps