Police have identified a 20-year-old Brampton man who died after being stabbed in Mississauga on Tuesday evening.

Just before 8:30 p.m. on Tuesday, emergency crews were called to the area of Montevideo and Battleford roads for a report of a stabbing.

Upon arrival at the scene, officers said they located a male victim suffering from a stab wound. He was subsequently transported to a trauma centre where he was pronounced dead a short time later.

On Wednesday, the victim was identified by police as Ethan Nelles.

“It seems like our victim was in a dispute with somebody or a group of people, I’m not sure at this point, and that altercation, that dispute, led to the victim being stabbed,” Const. Kyle Villers told reporters at the scene on Tuesday night. 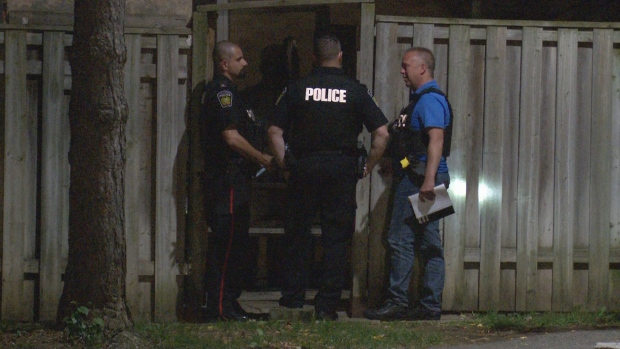 No information regarding any possible suspects wanted in connection with this investigation has been released by officials thus far.

“Investigators are asking anyone who may have been in the area at the time, or anyone that has any dashboard camera footage to contact them,” officers with Peel Regional Police said in a news release.