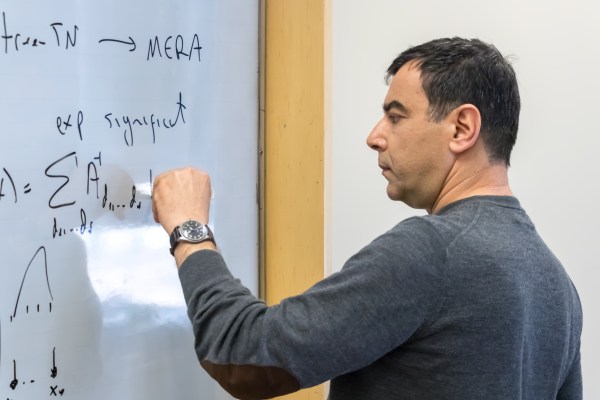 If the measure of progress in technology is that devices should become ever smaller and more capable, then OrCam Technologies is on a roll. The Israeli firm’s OrCam MyEye, which fits on the arm of a pair of glasses, is far more powerful and much smaller than its predecessor. With new AI-based Smart Reading software released in July, the device not only “reads” text and labels but also identifies people by name and describes other important aspects of the visual world. It also interacts with the user, principally people who are blind or visually impaired, by means of an AI-based smart voice assistant.

At the upcoming Sight Tech Global virtual event, we’re pleased to announce that OrCam’s co-founder and co-CEO, Professor Amnon Shashua, will be a featured speaker. The event, which will take place virtually on December 2-3, is focused on how AI-related technologies will influence assistive technology and accessibility in the years ahead. Attendance is free and pre-registration is open now.

Shashua is a towering figure in the technology world. He is not only the co-founder of OrCam but also Mobileye, the company that provides the computer-vision sensors and systems for automotive safety and autonomous navigation. Intel acquired Mobileye for $15.3 billion in 2017, the single-largest acquisition of an Israeli company ever. This year, Shashua received the Dan David Prize (Future Category) for his work in artificial intelligence.

Shashua started OrCam at the prompting of his aunt, who was losing her sight and hoped that her technologist nephew could apply his prodigious talents as a scientist and AI expert to help. With that goal in mind, he started OrCam in 2010 with co-founder Ziv Aviram . The firm has gone on to raise $130.4 million dollars from investors, including Intel, and sell the OrCam MyEye device to tens of thousands of users in over 50 countries. At $3900 per device in the U.S., the OrCam MyEye is far from affordable for most people, but the firm says the device price will come down as production increases.

At the start of a new era for assistive technology, OrCam’s approach with the lightweight, offline-operating OrCam MyEye is nothing if not thought provoking (the device was recognized as a TIME Best Invention of 2019). Will miniaturization of sophisticated sensors and electronics lead to unobtrusive sensor arrays as the foundation of assistive tech? Will the AI-based natural-language processing lead to an all-purpose, customizable personal assistants that work with abilities as needed?

“In OrCam’s roadmap,” says Shashua, “the ultimate AT must have the right balance between computer vision and natural language processing. For example, the “smart reading” feature recently launched harnesses NLP (natural language processing) in order to guide the device to which text information to extract and communicate to the user. NLP allows the user to specify precisely what he/she needs to know. For example, the “orientation” feature recently launched allows the user to prompt the device to describe the objects in the scene and to provide audible guidance to those objects. We see the “orientation” feature growing with respect to vocabulary, with respect to search (e.g., “notify me when you see a Toilet sign”), and with respect to obstacle avoidance (where is the free-space in the scene). The technological challenge in bringing these desires into reality critically depends on the progress of compute and algorithms.

“By ‘compute,’” says Shashua,  “I mean the ever-growing trend to miniaturize processing power enables more sophisticated algorithms to reside on smaller and battery-powered footprint. By “algorithms” I mean the ever-increasing sophistication of deep-tech to mimic human intelligence. Combining the two creates a powerful impact on the future of assistive tech for people who are blind and visually impaired.”

Sight Tech Global is a virtual event on December 2-3 and attendance is free. Pre-registration is open now.

Sight Tech Global welcomes sponsors. Current sponsors include Verizon Media, Google, Waymo, Mojo Vision and Wells Fargo, The event is organized by volunteers and all proceeds from the event benefit The Vista Center for the Blind and Visually Impaired in Silicon Valley.