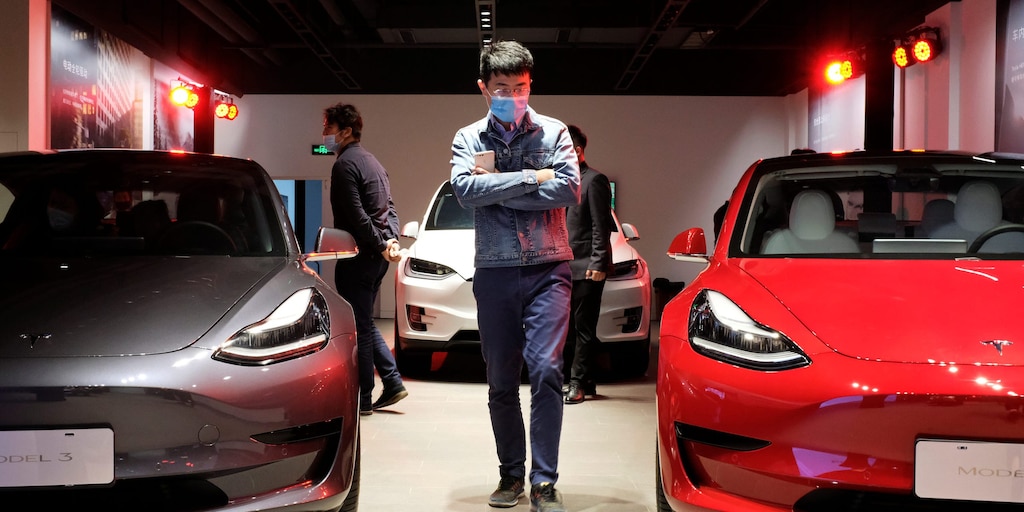 Morgan Stanley is growing considerably more bullish toward Tesla shares, and it’s not only thanks to the company’s car business.

Analyst Adam Jonas upgraded Tesla to “equal-weight” from “underweight” late Thursday and lifted his price target for the shares to $1,360 from $1,050. The new target implies a 16% decline from the stock’s Thursday close.

The bank downgraded Tesla shares in June, citing the stock’s meteoric rise and fearing the stock’s valuation was “driven by factors beyond the business of selling cars.” Yet the company’s stock leaped even higher, and the bank now sees Tesla’s battery segment justifying at least some of the gains.

Read more: MORGAN STANLEY: Buy these 9 top-rated stocks now for market-beating returns of 15% or more over the next 3 months

The automaker’s third-party battery and electric-vehicle powertrain business is now factored into Morgan Stanley’s base case and is worth $310 per share, Jonas said.  Tesla is “potentially leapfrogging” the competition with its battery technology, he added, and investors will glean more details on its industry lead during the company’s September 22 Battery Day.

Tesla already controls roughly half of automotive battery production around the world. That share could expand if Tesla can ramp up its own battery production while implementing new technologies, according to Morgan Stanley. If rumors of a cheaper and longer-lasting battery being revealed on Battery Day are true, Tesla can reap the benefits of supplying the rapidly growing EV sector, Jonas wrote.

Read more: Bank of America shares a simple stock-trading strategy with a track record of repeatedly beating the market — including the 20 companies that best exploit it now

Travis Briggs has more than doubled his clients’ money since 2014 by investing in robotics. He told us the 5 stocks best-positioned for the seismic technological shifts the coronavirus has caused.

Stocks will soar 14% by the end of next year on unyielding optimism, long-standing bull Ed Yardeni says 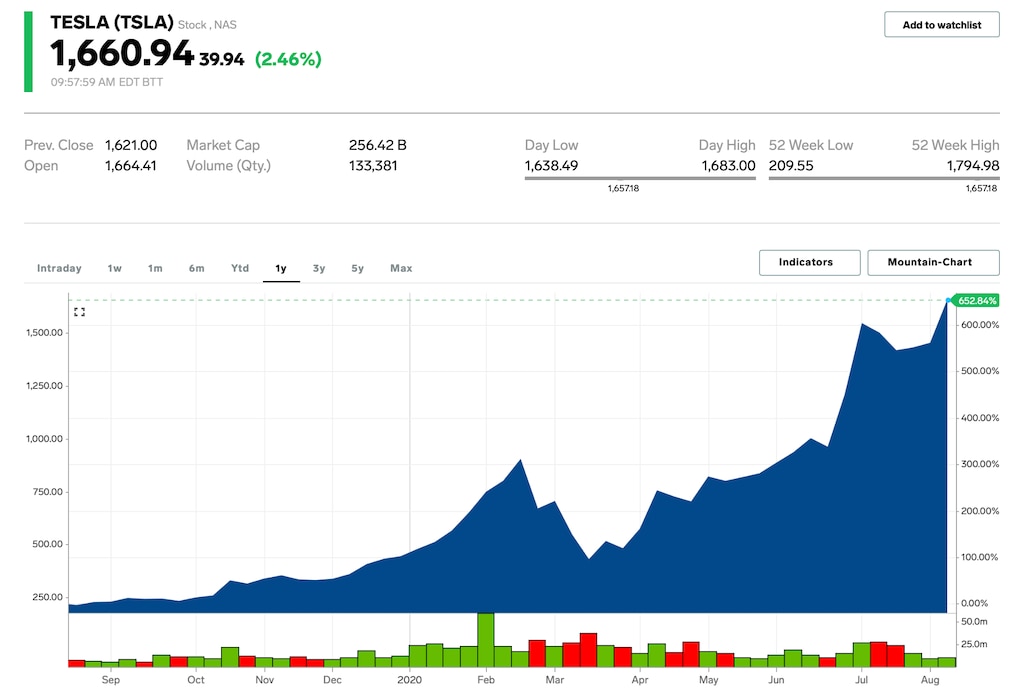 ICYMI: Here are the top healthcare stories from Business Insider in July
3 reasons why the Ink Business Preferred Card has been a game-changer for my rewards strategy