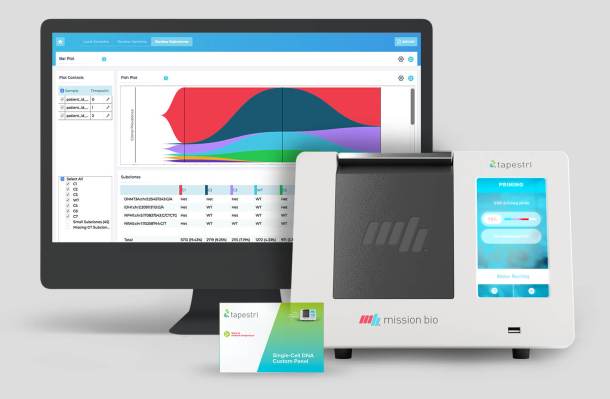 California-based startup Mission Bio has raised a new $70 million Series C funding round, led by Novo Growth and including participation from Soleus Capital and existing investors Mayfield, Cota and Agilent. Mission Bio will use the funding to scale its Tapestri Platform, which uses the company’s work in single-cell multi-omics technology to help optimize clinical trials for targeted, precision cancer therapies.

Mission Bio’s single-cell multi-omics platform is unique in the therapeutic industry. What it allows is the ability to zero in on a single cell, observing both genotype (fully genetic) and phenotype (observable traits influenced by genetics and other factors) impact resulting from use of various therapies during clinical trials. Mission’s Tapestri can detect both DNA and protein changes within the same single cell, which is key in determining effectiveness of targeted therapies because it can help rule out the effect of other factors not under control when analyzing in bulk (i.e. across groups of cells).

Founded in 2012 as a spin-out of research work conducted at UCSF, Mission Bio has raised a total of $120 million to date. The company’s tech has been used by a number of large pharmaceutical and therapeutic companies, including Agios, LabCorp and Onconova Therapeutics, as well as at cancer research centers including UCSF, Stanford and the Memorial Sloan Kettering Cancer Center.

In addition to helping with the optimization of clinical trials for treatments of blood cancers and tumors, Mission’s tech can be used to validate genome editing — a large potential market that could see a lot of growth over the next few years with the rise of CRISPR-based therapeutic applications.

The Excellent Evolution of ‘Bill and Ted Face the Music’
With former Misfit founder Sonny Vu at the helm, Arevo raises $25 million for its 3D printing tech