Friday, May 1st 2020, 3:40 pm – This robotic drone will make the very first attempt at powered flight through the atmosphere of another planet.

NASA’s new Mars Helicopter has a name! Thanks to Alabama highschool student Vaneeza Rupani, the robotic drone will be now officially be called Ingenuity.

In March of this year, to much fanfare, the new Mars 2020 rover received its new name, Perseverance, which was submitted to the NASA’s ‘Name the Rover’ essay contest in 2019. The 1-ton nuclear-powered rover isn’t the only robot launching to Mars on this mission, though. When it lifts off from Kennedy Space Center in July, a small robotic drone will accompany it, initially just called ‘The Mars Helicopter’. 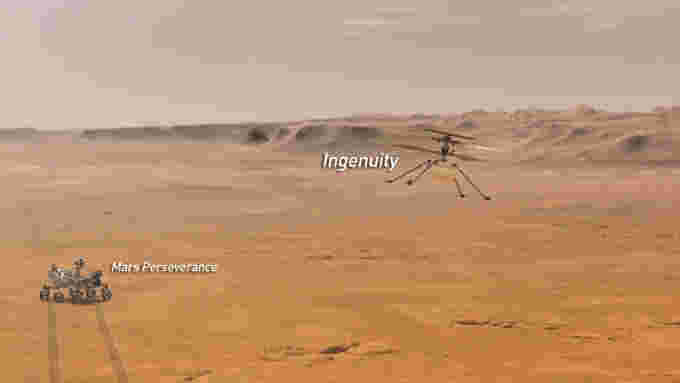 This artist concept drawing of the Mars Helicopter, now named ‘Ingenuity’, shows it flying above the surface of Mars’ Jezero Crater, with the Perseverance rover in the background. Credit: NASA/JPL-Caltech

However, after the rover contest finished, the mission team wisely decided that the drone needed a new name, as well. Delving back into the finalists for the rover’s name, the team looked over the eight remaining entries. After reading through the entry essays again, they made a decision.

As it explores Jezero Crater with the Perseverance rover, the Mars Helicopter will be called ‘Ingenuity’, the name submitted by Alabama highschool student Vaneeza Rupani. 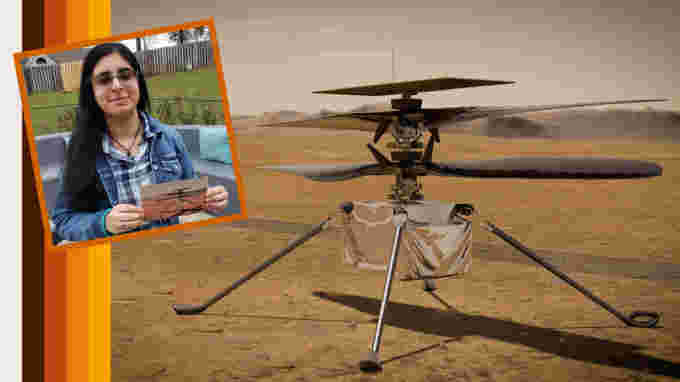 Vaneeza Rupani (inset), a junior at Tuscaloosa County High School in Northport, Alabama, submitted Ingenuity as a name for the Perseverance rover. Still, her name was instead chosen for the Mars Helicopter. Credits: NASA/JPL-Caltech/NIA/Rupani Family

“The fact that [Ingenuity] will be the first craft to fly in a controlled way on another planet is super-exciting,” Rupani said in a Q&A with NASA. “Proving this is possible will open up multitudes of opportunities in space exploration. This milestone of adding an aerial element to the exploration of other worlds is extremely exciting!”

Watch below: Tiny HELICOPTER flying to Mars in 2020

Perseverance and Ingenuity will be exploring a very special location on Mars, known as Jezero Crater. Chosen based on satellite imagery, Jezero appears to have been a river basin at some point in Mars’ distant past.

If there was ever microbial life on Mars, the layers of rock and sediment left behind from that river basin might contain evidence of that life. The hope is, Perseverance will be able to find that evidence buried there. 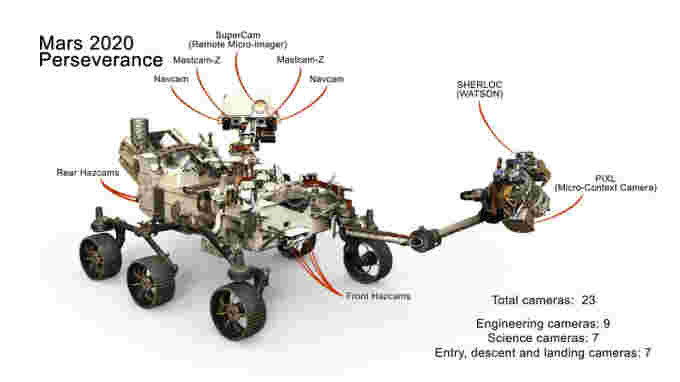 The Ingenuity drone is a ‘flight demonstration’, with only an initial 30-Martian-day (30 Sol) mission planned. It has passed all of its tests here on Earth, including flying in a small chamber that simulated the atmosphere and environment on Mars. Once it arrives at its destination, it will then test its flight capabilities on another planet.

If it is successful, though, the mission team will no doubt make it an integral part of Perseverance’s exploration mission, for as long as it stays operational.

Its onboard cameras are primarily there to help it maneuver around its surroundings. The images it sends back to Earth, however, should also be of use to the team in quickly evaluating nearby targets for the rover to investigate. 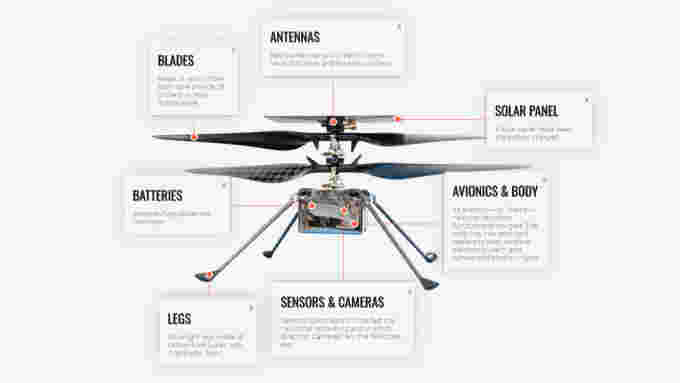 “In the early days of this project, the feasibility of flying at Mars was questioned,” MiMi Aung, the Mars Helicopter project manager at JPL, said in a NASA statement. “But today we have a helicopter down at the launch site, installed on the rover and waiting to board the rocket which will carry us to the Red Planet. Like Vaneeza said in her essay, ingenuity and hard work led us to see beyond what was logical to what was possible. Now Ingenuity will have its chance to fly at Mars.”

This pair of robots – Perseverance and Ingenuity – promises to be an exceptional team for exploring Mars!