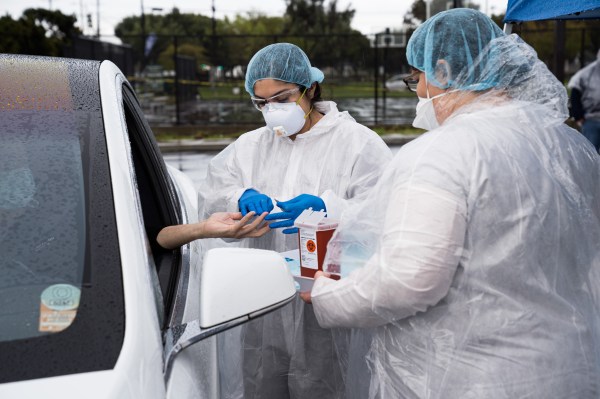 A new study conducted by the University of Southern California along with the LA County Department of Public Health indicates the presence of antibodies for COVID-19 in between 2.8 and 5.6% of the population of LA County, suggesting that between 221,000 and 442,000 individuals had the infection — up to 55 times more people than have been confirmed via testing. This is the second antibody study in a short span of time in California that suspects infections are far more widespread than previously thought, and a good justification for continued social distancing measures.

The LA County study does contain some good news, if the antibody testing proves to be accurate (we aren’t entirely sure what they show for sure at this point, especially in terms of immunity), in that the mortality rate of the infection is actually much lower than the official diagnosed case data would suggest. The infection rate found via antibody testing through the USC study is also remarkably close to the rate found in a Stanford study published last week about the number of infections in Santa Clara County, which found that between 48,000 and 81,000 people in that part of California could’ve had and recovered from the infection.

Whereas the LA study found around 2.8 to 5.6% had antibodies, accounting for the margin of error and extrapolating from results to the entire population, the Stanford research found between 2.5 and 4.2% of residents carry antibodies for the infection. Those numbers are based on the test kits’ performance, as well as the demographic makeup of the sample population tested.

Neither new research papers have yet been peer-reviewed, so it’s worth taking them with a grain of salt. But the close alignment between the numbers in both, along with early results from similar studies being conducted globally, does seem to suggest that the number of actual cases of COVID-19 far undershoots the published numbers, which typically only include confirmed diagnoses — most of which represent individuals showing moderate to severe symptoms.

The higher rate of undetected infection definitely should not be taken as a sign that COVID-19 is less serious than it appeared, however; this new info only means that its transmission from people who showed no outward symptoms and subsequently never sought any medical care or were identified for quarantine or contact tracing is probably a lot higher than anyone guessed.

That means social distancing measures are more important than ever, as it’s likely harder than ever to identify who might be a passive carrier of the virus that leads to COVID-19 without realizing it. Eventually, understanding the nature of the spread should help with refining measures to avoid the greatest potential risks of exposure, but for now, this new info just means that COVID-19 is much more effective at moving through a population without raising early warning signs than we previously understood.