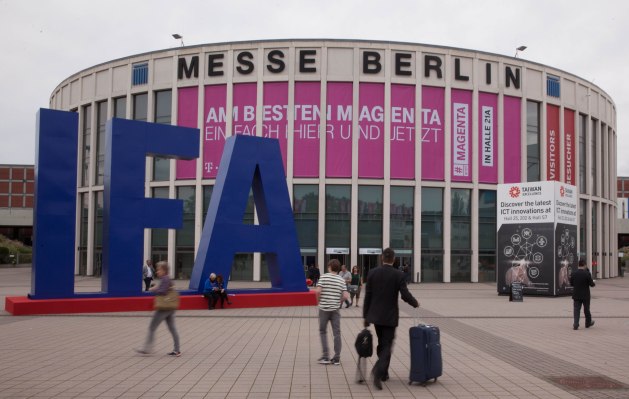 Late last-month, CES’s organizers called an audible, canceling the in-person tech show for 2021. The news seemingly caused the forces behind Berlin-based IFA to double down on the messaging for their upcoming event. Ahead of the September show, IFA has been particularly aggressive in attempting to get the word out.

Take the August 4 press release, “IFA 2020 Special Edition: News Announcements non-stop at the IFA Global Press Conference – Global Brands unveil their latest Products, News and Services for the upcoming end-of-the-year Shopping Season.” I’ve seen press releases shorter than that subject line. The point is, the show can and must go on, in spite of, well, everything.

This morning, however, organizers announced that the show will be skipping a year for one of the conference’s key events, Global Markets. Launched in 2016, the event is designed to bring together OEMs/ODMs, retailers and distributors. This time, the press release subject line reads, hopefully, “IFA 2020 Special Edition: IFA Global Markets postponed to 2021 despite industry’s high interest” and sports a “Tech is Back” banner. IFA notes that travel was proving to be an issue for attendees, particularly those coming from Asian markets.

“[P]ersistent travel restrictions prevent Asian companies from joining the live event in Berlin,” IFA Executive Director Jens Heithecker said in the release. “Under these circumstances, many had to postpone their participation in IFA Global Markets to next year. Pan-Asian suppliers within the consumer and home electronics industry account for a major part of IFA Global Markets exhibitors.”

IFA is one of exceedingly few tech shows that have opted to go ahead in person this year, albeit with a number of previously outlined safeguards and restrictions, including a limit on attendees. A new poll of German businesses released today notes that restrictions on public life are expected to last another 8.5 months, in the face of a rising number of COVID-19 cases in the country.