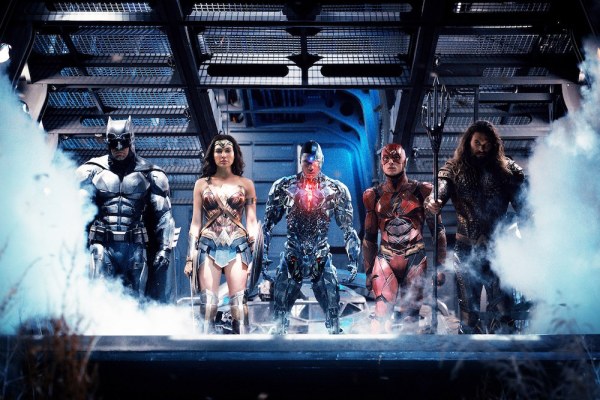 WarnerMedia announced today that director Zack Snyder’s version of “Justice League” will be released on HBO Max in 2021.

Snyder is the only credited director on the 2017 superhero film, but he left during post-production, after his daughter’s suicide, with “Avengers” director Joss Whedon stepping in to write and shoot new material.

The resulting film received mixed reviews and underperformed at the box office, leading to corporate shakeups at DC Entertainment and pushing the studio to focus on standalone films, rather than big crossovers.

At the same time, #ReleaseTheSnyderCut has become a popular hashtag on social media, with many of the movie’s stars joining in, so WarnerMedia is finally responding. The studio is also probably happy to find a fresh source of already filmed content for HBO Max while COVID-19 has forced a pause on film and TV production. (The HBO-and-more streaming service launches next week.)

It’s not clear what form the release will take — according to The Hollywood Reporter, it might be a single film of nearly four hours, or it might be broken up into six chapters. And apparently the estimated cost is somewhere between $20 and $30 million.

“I want to thank HBO Max and Warner Brothers for this brave gesture of supporting artists and allowing their true visions to be realized,” Snyder said in a statement. “Also a special thank you to all of those involved in the SnyderCut movement for making this a reality.”

Personally, I’ve been a bit skeptical of the social media uproar, partly because I liked the existing version of “Justice League” just fine, despite its obvious flaws; partly because Snyder’s previous film “Batman v. Superman: Dawn of Justice” was almost unwatchably bad; and partly because it’s become tediously predictable for indignant fans to demand a new version of a movie or TV show they didn’t like.

Still, it’s hard not to feel sympathetic for a director who just wants present his vision, particularly when the work was derailed by tragedy. And I can’t deny that I’m curious. So bring on the Snyder Cut.

Outside the Box: The cafeteria — and other parts of office life — will change dramatically after coronavirus
Celebrate 40 years of ‘The Shining’ by embracing the horrors of isolation