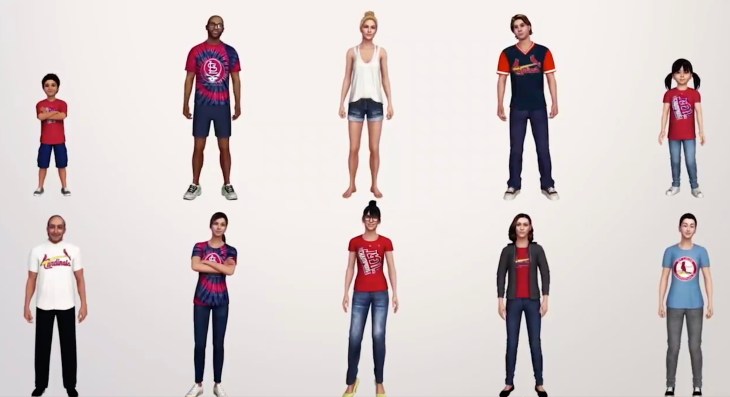 The Toronto Blue Jays may not have a home yet this season, but one thing’s for sure: Plenty of teams are going to be playing in the uncanny valley this year. The spectacle of a major league baseball team playing in front of an empty stadium has some precedent from places like Korea, Taiwan and Japan, which got a head start on the season while MLB players and owners were hashing out the details of their own shortened 60-game season.

And while some teams are enlisting the help of cardboard fan cutouts and artificial crowd noise to dull the pain of an empty stadium, Fox Sports is convinced it has found a technological solution that’s totally good and fine and not at all a nightmare-inducing horror show of artificial humanity.

Fox News showcased the technology in a tweet preview of gameplay, including some close-ups on fans that look like Sims characters in Orioles paraphernalia (write your own Orioles digs, if so inclined). The faux fans (afauns?) cheer, boo and even do the wave. It’s a strange but fitting attempt at the new normal from the network that gave us Cleatus, the football robot.

“We had a vision for making our Major League Baseball broadcasts look as natural as they were before COVID,” Fox Sports EVP Brad Zager said in an interview with Variety. “A lot of that is having a crowd in the stadium.”

Which, fair enough. The return of baseball — and sports generally — is an earnest (and not at all a crass, profit-fueled enterprise) attempt to regain some of that normalcy we’ve all been clamoring for months to return to. And I totally get it. I love baseball and am very excited to watch my team (which, frankly plays in front of a semi-full stadium more often than I’d care to admit) play this week. But honestly, this only contributes to the weirdness in an uneasy sort of way.

The virtual fans will be on full display this Saturday.

If We Can’t Open Sports, What Hope Is There for Opening Schools?
Mid-American Conference cancels fall football because of COVID-19 concerns