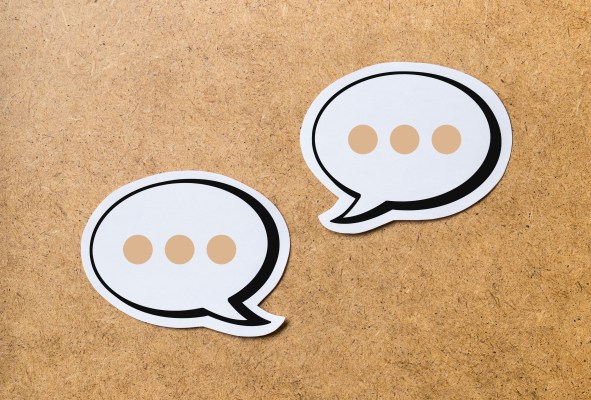 Spot.IM, which offers a platform for publishers (including TechCrunch) to manage their user comments, announced this week that it’s rebranding as OpenWeb.

CEO and co-founder Nadav Shoval told me that the new name reflects a vision that’s far grander and more ambitious than the company’s initial product, a location-based messaging service.

“We all felt that this is the time to be proud of what we actually do,” Shoval said. “It’s about saving the open web.”

Specifically, Shoval is hoping to move more online conversations away from the big social platforms like Facebook and back to independent publishers. To illustrate this, he pointed to recent discussions about reexamining or revising Section 230 of the Communications Decency Act, a crucial legal protection for the big online platforms.

While you don’t have to take President Donald Trump’s complaints of Twitter censorship at face value, Shoval said the key is that “no one big tech company should control the conversation.”

To that end, the company has also unveiled an upgraded version of its platform, which includes features like scoring the overall quality of conversation for a specific publisher, incentivizing quality comments by allowing users to earn reputation points and even asking users to reconsider their comment if it appears to violate a publisher’s standards — OpenWeb describes these warnings as “nudges,” so you can still go ahead and post that comment if you want.

“We stopped focusing only on algorithms to identify bad behavior, which we’ve done for years and have become commodity,” said Ido Goldberg, OpenWeb’s senior vice president of product. “What we did here is, we put a lot of time into understanding how we should look at quality and scale in millions of conversations.”

A big theme in our conversation and demonstration was civility — for example, Goldberg showed me how OpenWeb’s nudges had convinced some users to adopt less incendiary language. But I argued that civility doesn’t always lead to quality conversations. After all, racist (and sexist and homophobic and otherwise hateful) ideas can be expressed in ostensibly polite language.

“For us, civility is the baseline,” Goldberg replied. “When things become incivil folks that want to [have a productive conversation] don’t want to be there.”

Shoval added, “There is no silver bullet for quality conversations.” He argued that OpenWeb is trying to encourage these conversations without being seen as “East Coast lefties who are censoring the internet” — a balance it tries to find by working with each of its publishers and being aware of different standards in different geographies. “What we want to do is a never-ending journey.”