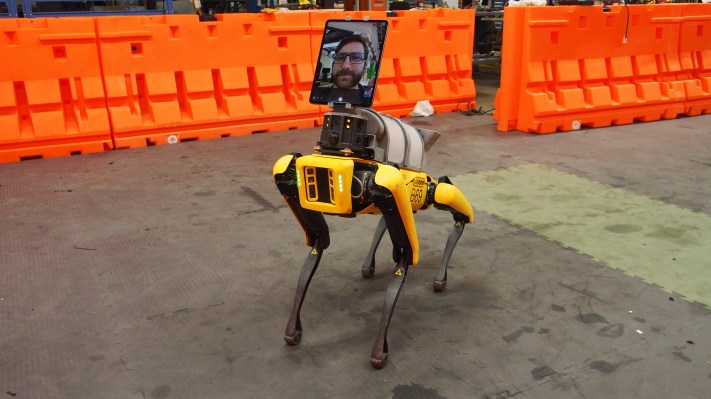 For two weeks, Boston Dynamics’ Spot robot has been walking the halls of local hospital Brigham and Women’s. Telemedicine wasn’t generally listed as one of the primary applications for the company’s first commercial product, but Boston Dynamics is only one in a long list of tech companies that’s found itself shifting on the fly as the COVID-19 pandemic has become an all-consuming part of life.

The company says hospitals have been reaching out since early March, asking if there might be a way to incorporate its technology to help with remote health.

“Based on the outreach we received as well as the global shortage of critical personal protective equipment (PPE), we have spent the past several weeks trying to better understand hospital requirements to develop a mobile robotics solution with our Spot robot,” the company writes. “The result is a legged robot that can be deployed to support frontline staff responding to the pandemic in ad-hoc environments such as triage tents and parking lots.” 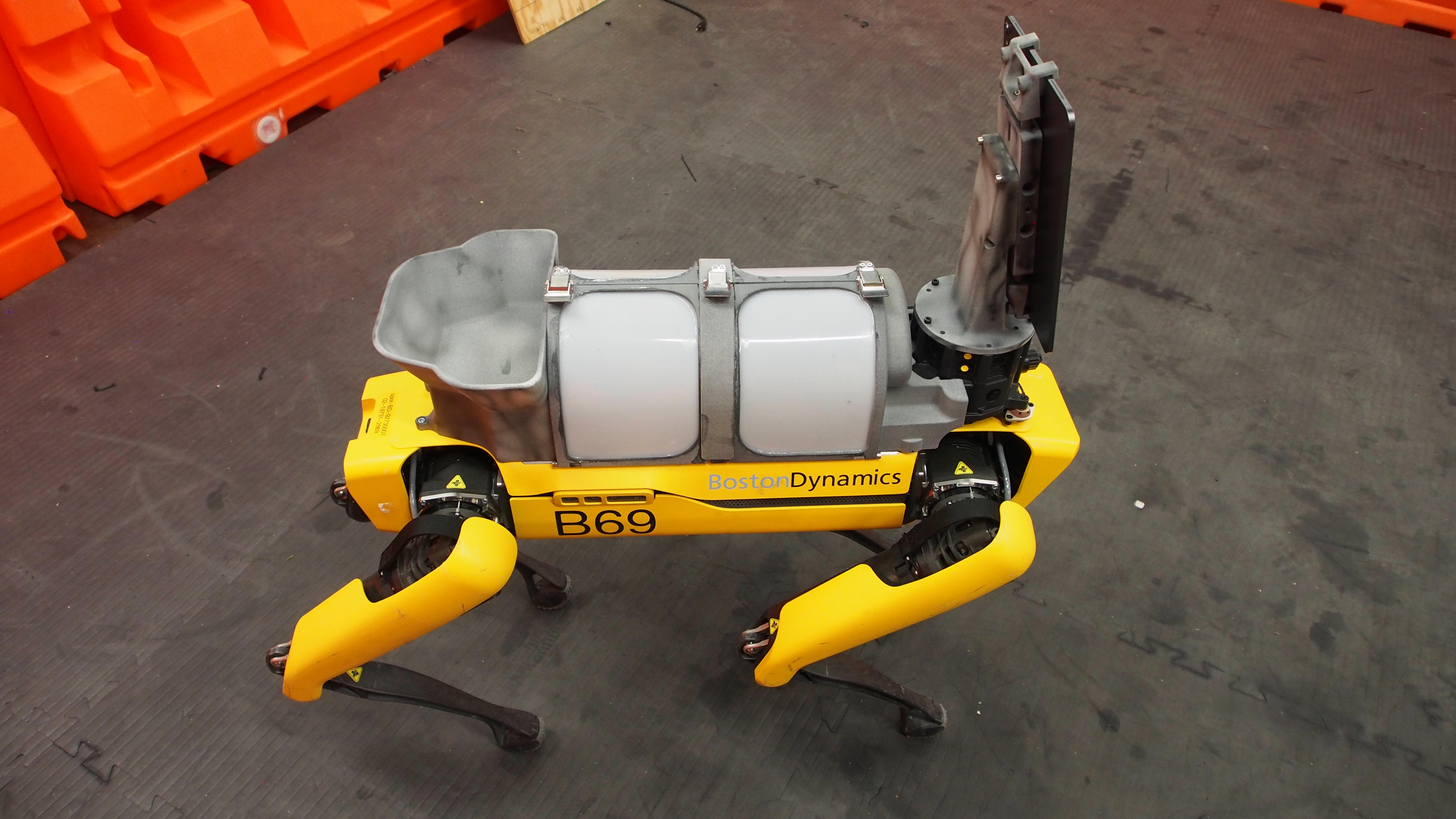 Fitted with an iPad and a two-way radio, Spot is being used as a mobile teleconferencing system, allowing doctors to check in on patients without risking the spread of the highly contagious virus. It’s a fairly simple task — and one that a number of robotics companies have actively cracked.

While ultimately price-prohibitive for many healthcare facilities, Spot’s four-legged locomotion makes it possible for the robot to visit areas inaccessible for wheeled systems. The modularity always means it has the potential to accomplish further tasks. Boston Dynamics says it’s working on outfitting the robot with a system to detect vital signs like temperature, respiratory rate, pulse rate and oxygen saturation.

In the future, a UV light could also be mounted to the robot’s back to serve as a mobile disinfecting station.