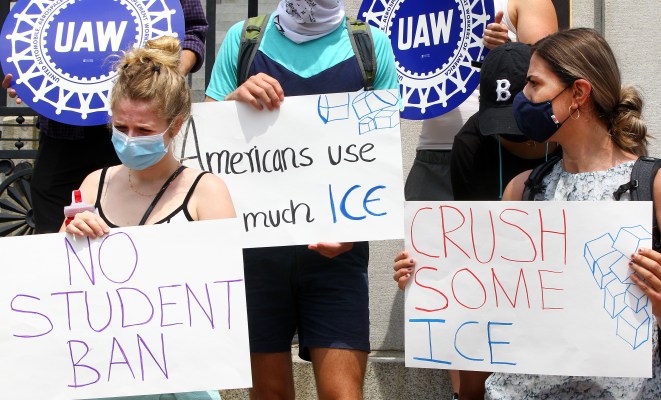 The Trump administration has backed down from plans to revoke visas of international students studying in the U.S. whose schools planned to provide their classes exclusively online in the fall because of the coronavirus pandemic.

The reversal comes as over a dozen universities and colleges threatened legal action against the administration’s order. The multi-faceted effort also was led by attorneys general in 17 states, including D.C., led by Massachusetts Attorney General Maura Healey.

On Tuesday, Harvard and MIT had a remote hearing to share a case against ICE’s rule, which would have put the lives of millions of international students in jeopardy. Within minutes of the hearing, Homeland Security agreed to revoke its initial plans to only allow international students to stay in the country if they are taking in-person classes.

The new guidance, which is based on March 9 guidelines, will only benefit students who are currently enrolled. This leaves in flux new students or individuals set to come to the United States in the fall.

The rule, announced last Monday, was broadly met with fury from the academic community. Yale Law School’s Dean, Heather Gerken, posted a statement in opposition to the rule. One professor said that “I will teach outside in the snow if I have to,” if it means keeping students in the country.