Acer says that the Helios 700 will be better at dissipating heat thanks to its new thermal solution, PowerGem, which it first announced last September. It’s a pad that sits on the chip, pushing heat away 3.83 times more efficiently than existing solutions. That’s been paired with three copper heat pipes, a vapor chamber and a pair of custom AeroBlade fans,

Other changes include the addition of a second Thunderbolt 3 port and the ability to order up to 64GB of 2933 RAM. One thing that you’ll be familiar with is the 17.3-inch HD IPS display, running at 144Hz with NVIDIA G-Sync — it’s the same as on the existing model. Same goes for the connectivity options, which include a Killer DoubleShot Pro WiFi 6 AX1650i card and Ethernet options.

You can still adjust the actuation point on the keyboard’s WASD keys, but Acer has changed the way you do it. Last year’s model used a linear switch (branded as MagForce) but the company says that it’s now using something it’s calling MagTek. Swap out the regular keys and, much like Steelseries’ Apex Pro, you’ll be able to adjust the actuation point on those keys depending on how you play.

Acer’s Predator Helios 700 will cost $2,400 when it arrives in October, although European buyers will be able to pick it up a month earlier for €2,700.

Stepping down a level, the Helios 300 is Acer’s Max-Q model, with the option of RTX 2070 graphics, 10th-generation H-Series Intel processors and a 240Hz 15.6-inch display. This more affordable gaming laptop will let you order up to 32GB 2933MHz RAM and has space for a pair of SSDs and a 2TB HDD. If you want one of them on your desk, then you’ll need to hand over $1,200 or €1,300 when it arrives in the US and Europe this July. 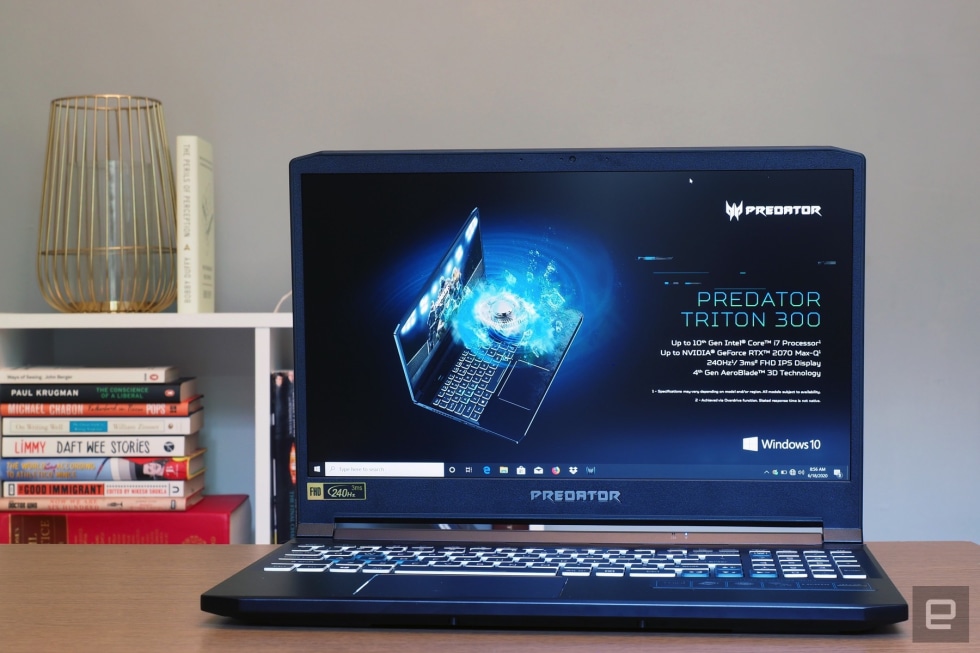